You can help Gumballs & Dungeons Wikia by expanding this page, just press the "Edit" button.
"After Dawn War III, a mysterious land appeared in the middle of Erathia, where creatures attempt to cultivate immortality..."

Available in the Shop for 50 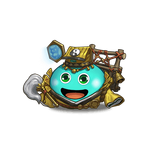 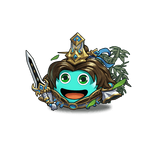 To get Sword Immortal gumball,

To see more title or gumball-specific monster information, look at Wonderland of Nature/Specific.

Each Heaven Workshop allows you to create and refine (upgrade) magical treasures.
Refinements can fail, #Realm and #Spirit Root will affect the success rate of refinement.
Select one the following items into the workshop to forge/upgrade the item.
The "Base success rate" is the chance of successful forge/refinement before taking into account the Realm and Spirit Root buffs.

You gain 8+ cultivation points whenever an enemy is killed by any mean. Harder enemies give more points. Once you have enough cultivation points, you can upgrade you realm/cultivation level.
The different levels of Realm impact a few other mechanisms in the maze, including the success rate upgrading Magic Treasures or the quality of Pills obtained when crafting.

Each realm level has 3 sub levels: Early-stage, Middle-stage and Late-stage Upgrade costs Cultivation points. When upgrading from a Late-stage sub-level, you also start a "Thunder Tribulation" trial that does massive damage to everyone (enemies, allies and yourself) for one or more rounds. At the end of the trial, you are healed completely.

See table for details about each Tribulation and below the table for tips.

Upon passing a trial, you are healed completely.

There are several type of pills, that are crafted using Stellar Herbs and the building "Pill Room". The result quality of the crafts is said to depend on the Realm, Spirit Root and Spiritual Herbs, you can put up to 9 Stellar Herbs per craft. The pills range from Tier1 to Tier6.

If you meet the requirement for the Pill of Revivifying, you have a 50% chance to get it and you get nothing else.

If you don't get the Pill of Revivifying:

Else you get a lesser amount of Pill of Body Tempering and one or more pills of a tier randomly chosen between the possibilities displayed in the table below.

One of the 3 mechanisms related to the maze. Temper can be upgraded with Pill of Body Tempering and has several body-related sections, each one with 3 upgrades (stages).

You can learn many methods from various sources. You can activate up to 6 of them at the same time. There is apparently no cost and no limit to activations and deactivations. (temporary way of displaying them)

There are many manuals in this pavilion that may be useful for cultivation. Go inside and read them!

Read for a reward:

This pitch dark cave surrounded by piles of animal excrement and rotting corpses is exuding a so funky smell.

There are materials in this forging furnace that you an use to refine the magic treasure!
(Realm and Spirit Root will affect the success rate of refinement)

This garden grows with many precious herbs that can be used to refine elixirs. Be careful to hidden monsters nearby if you want to pick it up!

This immortal's cave has been abandoned for a long time. Maybe you can find some useful things here.

If you have used Secret of Mountains and Seas, you can explore for:

This spring contains a large amount of spiritual energy, soaking in it will not only restore your injuries, but also improve your cultivation!

This giant sword-shaped stele seems to have a strong will, may you can find something in it!

Select Enlighten Sword for an effect.
To see which effect, look below and take the first line that applies.

If you have not yet entered special dimension this run:

(+ bonus % from Spirit Root level and Pill of Bodhi)

If you have already entered special dimension this run:

The cultivation amounts listed above are without the bonus % granted by your Spirit Root level and used Pill of Bodhi.

If you already have 2 persistent allies when summoning Swordwraith, one of your current allies will be removed.

Special results possible with the following gumballs as main:

Retrieved from "https://gdmaze.fandom.com/wiki/Wonderland_of_Nature?oldid=73723"
Community content is available under CC-BY-SA unless otherwise noted.