This page has sections which are under contruction

You can help the wikia by expanding it, just press the "Edit" button. 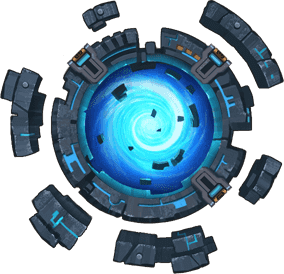 Space Rifts is one of the main types of Sky encounters along with Relics Islands, Monster Islands, Colossus, Player's Airhsips and Sky Mazes.

Space Rifts randomly show up on any exploration level above 80 that is not multiple of 30.

Space Rift combats are a little bit different than other Sky Combats in multiple ways:

, coins and Airship Materials, you can find:

Airships with halos that specifically improve rewards from Space Rifts:

Retrieved from "https://gdmaze.fandom.com/wiki/Space_Rift?oldid=63424"
Community content is available under CC-BY-SA unless otherwise noted.