Edit
"Humans were stripped of their freedom and living humbly under the absolute authority of a giant dragon. After this dragon was killed by a human warrior, the sun was born from its heart, and the dragon became the ground underneath."

Available in the shop for 50 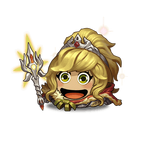 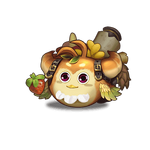 When Transformed Demon Thorn is killed once, it revives into Rage form, which has the same stats as above, but has a different set of skills:

Boss Minions
The boss is accompanied by 2 Split Demon. Their skills and stats are as follows.

Dragon Wish version of the Boss[]

The boss obtained when using the Divine Dragon wish I want to become stronger! is similar to the normal boss.

A wandering tiger from the East Alliance, skilled in martial arts.

A striking woman from a Kingdom Of The Sun noble house.

Security Officer of Paradise Prairie, also one of the greatest archers in the Kingdom Of The Sun.

A traveling puppet merchant of Paradise Prairie who is softly spoken, and socially awkward.

A star pupil at the Rune Academy, optimistic, impulsive and bursting with childish energy.

Looks just like any other wolf, but is in fact one of the last remaining Glimmer Wolves.

This chest has a special power. Those who open it will be blessed!

"Welcome to the Continent of Vendacti, my dear adventurer! You are about to meet some new friends and have a wonderful adventure with them. Here is something for you. Hope they could bring you good luck!"

"Sun Legion deployed this post around the borderline. Guards there are busy for the endless work every day. To ease their work pressure, the commander always publishes bounty missions."

Note: Even though you don't get normal credit for kills made by the heroes, those kills do still count for the tasks.

This mine pit has been abandoned for a very long time. You can hear the roars of demons when approaching it.

"This book is displaying you some images, which tell the story of the Continent of Vendacti"

This open dojo is equipped with various training facilities. It's a good place for training!

There are many brilliant rune masters in this school. You can learn how to engrave runes from them!

"Hey, intelligent creature. How about joining my experiment? Relax, it's safe. Theoretically, you can even obtain powerful strength."

This ornate carriage was left here for some reason. You can try to activate it!

Note: If you skip to use the carriage and advance to next floor it will not appear again in the maze, even if PoE or Magic Carpet are used. At the same time if encoutered, but for some reason (insufficient amount of soul energy) not used, it still can be made available by using SL/30. What is more - if SL/30 is used in this situation and then PoE or Magic Carpet to go some floors back, the carriage may appear at a floor lower than the one, where it appeared initially.

This king city fell down from afar. It should have been broken if it were not for these stout plants.

This flower is pretty and juicy. Though growing in the wilderness, it should have been taken good care of.

"Strangers, you picked our precious flowers that will be used for the sacrifice. I know you were not meant to do that. Hand over the flowers, I can forgive you this time."

Plants in this forest are very aggressive. It's said that there is a giant man eating plant deep inside this woods.