You can help Gumballs & Dungeons Wikia by expanding this page, just press the "Edit" button.
"Many districts specializing in experiments were secretly deployed in Erathia! In District 91, many creatures are prisoned there for the research of..."

Available in the Shop for 50 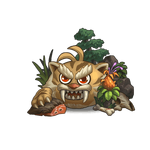 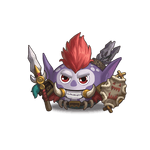 To get Troll gumball,

There are 10 empty tiles around the boss. (Good for Zerg Queen’s skill)

Dragon Wish version of the Boss[]

The boss obtained when using the Divine Dragon wish I want to become stronger! is similar to the normal boss except that the Physical and Spell Resistance if fixed at 30%.

Can be summon at clone machine.

On floor 1, you'll get a Gene Handbook. When opening the Handbook, you can see 6 different Forms or Morphologies that you can study, equip and activate. A seventh can be unlocked for the duration of the run by maxing the first 6.

Each of the forms has four equipment slots:

Each form has a research tree looking like DNA strands.

Some gumball starts with some researches when select as main. See District 91/Specific#Starting Researches for details.

See District 91/Forms for details about all the forms (equipment, DNA, icons,...)

The clone machine can appear on multiple floors. Clone option will not work if you already have a clone helping you.

Result seems to depend on the activated form:

This device is generating powerful ionizing radiation. It's modifying the gene of nearby creatures and making them ferocious!

Can be destroyed once you reach it, gives:

Can be absorbed in Hybrid form

Monsters killed while the effect is ongoing drop more Form Genes (4-8 per mob instead of 2-4).

A strange creature is constrained is this cage. It's dying!

Invoke one type of enemy every 5 rounds (maximum 10).
Can be destroyed once you reach it, gives:

You are awed by this bioweapon. Only those powerful creatures can be baptized by this weapon and gain its great power for a certain period.

Each effect lasts for 15 rounds and uses its own buff slot.