This page has sections which are under contruction

You can help the wikia by expanding it, just press the "Edit" button.
Chaos Field is full of unknowns and opportunities, but the turbulence of time and space in this place making it impossible to get closer! Thus, powerful alliances will unite at regular intervals to stabilize the turbulence by various means, and project quantities of fleets into Chaos Field for exploration!

An alliance event-style Space sector set to open every 2 weeks. Starts with a 24-hr registration period, then opens for 12 hours after for exploration.[notes 1]

NEXT INFO NEEDS VERIFICATION ON SOME POINTS:[notes 2] 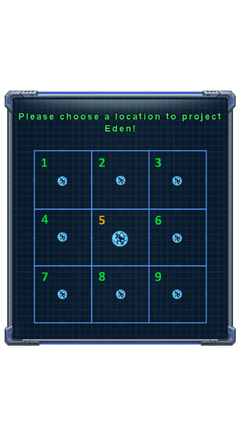 In this space, there came a deafening roar, and the entire fleet trembled for that. It seems to be a powerful enemy settling in the depths of this space. After winning the battle, you can get a bountiful reward.

Gene Segments - Lower Clones
(Each requires 60 Segments to obtain the gene, Segments sold by lots of 5)

Gene Segments - Higher Clones
(Each requires 120 Segments to obtain the gene, Segments sold by lots of 5)

Gene Segments - Super Clones
(Each requires 200 Segments to obtain the gene, Segments sold by lots of 5)

These work much the same as the sky events, reach X points to get Y reward. The difference is that the points obtained count for the entire alliance and everyone must work together.

The below attempts to analyze the cost / benefit of how to spend chaos tokens.

Each super clone will give +10 to stats and +90k energy to each fleet. Special abilities are ignored. Resource costs of clones is ignored. Level5 clones are assumed. Available space is assumed.

Each ship is assumed to grant +109 stats to a single fleet (so 1/4 as much as an average across the 4 fleets). Each ship will also allow for +12 lower clones, +4.5 higher, and +0.75 super - the stats and energy of the clones is also included (which assumes you have enough clones to fill out all your fleets to capacity). 6.5k energy for lower clones and 19k energy for higher. Averaged to 1/4 across the 4 fleets.

+50 clone wonder is analyzed both as costing 9,548 and 16,368 (if one were to ignore the second wonder entirely). Also looked at 4th wonder on a  stand-alone basis.

How to read this: If you were to save up 17k tokens, and could max out all fleets with clones, it would be better to go for the wonders than all the clones+ships, and you would get more total stats + more energy. That being said, the first teir clones / ships are pretty valuable, all things considered.

Each fleet has 3 preset analysis slots, you get points based on the number of 6 star ships you have unlocked with a limit of 60.

Retrieved from "https://gdmaze.fandom.com/wiki/Chaos?oldid=62769"
Community content is available under CC-BY-SA unless otherwise noted.